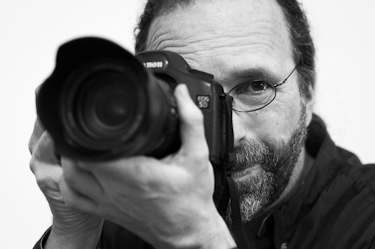 I first started a short-lived sports photography business on my elementary school ski trip. I graduated from the Charles University in Prague, Czech Republic, and moved to New York and later Kingston, On, and Toronto to pursue a career in imaging of a different kind – scientific. I became an expert in advanced microscopy, always pushing the envelope of what could be seen in the depths of the living cells. I published in high-ranking scientific journals and later run a research imaging facility in a major Toronto hospital.

Gradually over the years photography became my primary focus and fulfillment. And with it came passion for cycling, be it road, track, mountain biking or cyclocross. My son's development into a high-performance athlete may have had something to do with it. I started on the Ontario cycling circuit but soon expanded to cover a number of national and international competitions. I also shoot other sports such as swimming and triathlon.

In 2012 I became the official photographer of the National Cycling Centre in Hamilton, Ontario, I was a contributor to Pedal Magazine from 2015 to its closing in 2019. Since 2016 I am the official partner of the Ontario Cycling Association and I shoot for Cycling Canada on a regular basis.

Of course, as a sports photographer I strive to capture the action at the perfect moment from the perfect angle. But it does not end there. Sports is just one of those activities that can bring out joy or pain and the whole range of raw emotions. It is part of what makes us human and I try to capture all things that make us what we are.

That’s why I use my eye honed initially by sports photography in much broader contexts: documentary, portrait (both studio and environmental), social and public events, weddings and more. I accept assignments in all of these. I also have a few experimental art projects going.

Since 2019 I am a member of G44 Centre for Contemporary Photography.

My photographs appeared in: